The Importance of Virgil as Dante's Guide Through Hell

Why was Virgil chosen as Dante's Companion 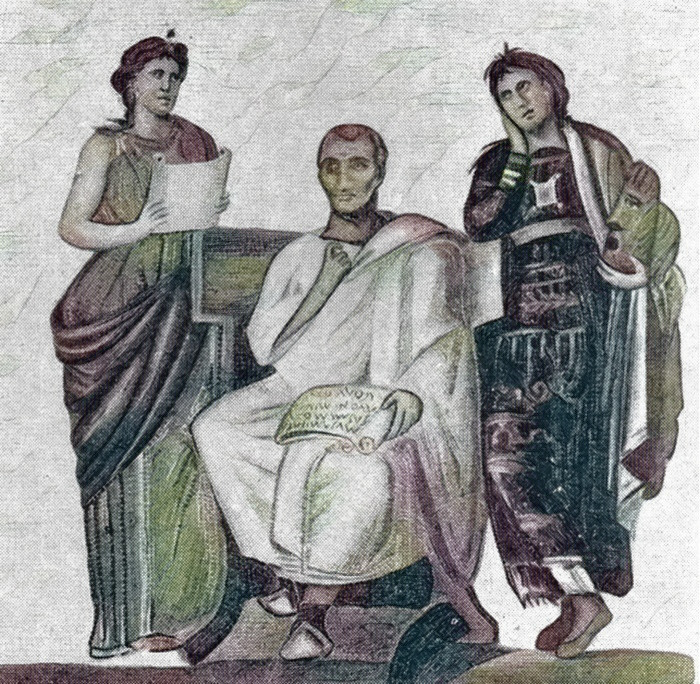 At the beginning of the Inferno, Dante finds himself alone in a dark forest. He is lost, both physically and symbolically. He has given in to despair at having been exiled from his native Florence, and being forever separated from his muse, his inspiration, and one true love, Beatrice Portinari. Dante contemplates suicide, but in his despair he calls on Beatrice to help him.

An idealized version of Beatrice appears to Dante at his darkest moment and assigned the poet Virgil to be his guide through the Nine Circles of Hell. Dante will be granted the special and highly unusual privilege of seeing the nether realms while alive, and to emerge to tell about them.

When he enters hell on Good Friday, 1300, Dante is guided through the netherworld by the Roman poet Virgil. Virgil, or as he was called in Latin: Publius Vergilius Maro (October 15, 70 BC ľ September 21, 19 BC), was the preeminent Roman poet. His heroic poem, the Aeneid, became the Roman Empire's national epic.

The choice of Virgil to be Dante's guide is symbolically significant on several levels. Virgil wrote shortly before the birth of Jesus, and his Aeneid contains reference to an heroic descent into hell, which in some ways prefigures the Christian doctrine of Christ's descent into hell.

In the Inferno, Virgil speaks of Christ and his descent into hell, but because Virgil died before Christ was born, he does not understand the significance of the event. Virgil is only able to describe the event in generic terms. He refers to Christ as a 'mighty lord' who rescued the Hebrew forefathers of Christianity, but left him behind in the very same circle.

Later, when Dante emerges from Hell and visits Purgatory and Heaven, Virgil cannot be his guide. Virgil, having died before the birth of Christ, is not saved and therefore cannot leave Hell.